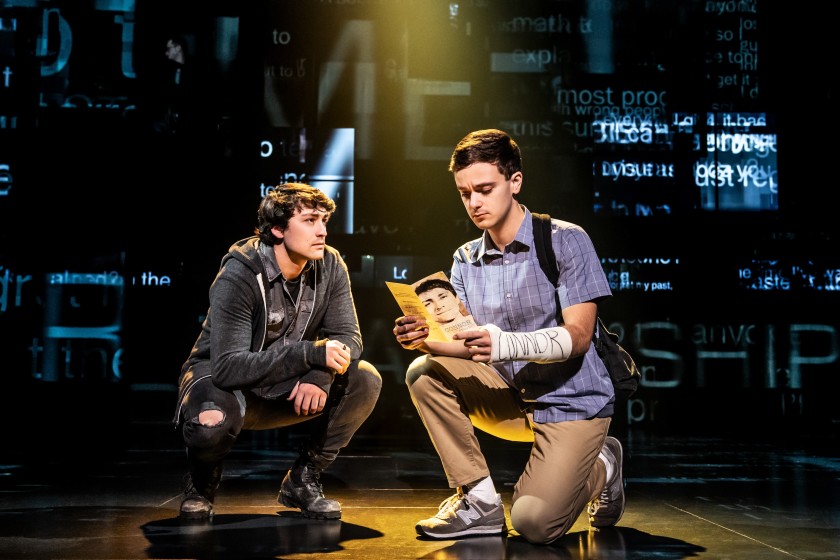 Learn more about all of the exciting Broadway shows headed to Indianapolis below:

Direct from Broadway, Mean Girls is the hilarious hit musical from an award-winning creative team, including book writer Tina Fey (“30 Rock”), composer Jeff Richmond (“Unbreakable Kimmy Schmidt”), lyricist Nell Benjamin (Legally Blonde) and director Casey Nicholaw (The Book of Mormon). Cady Heron may have grown up on an African savanna, but nothing prepared her for the vicious ways of her strange new home: suburban Illinois. Soon, this naïve newbie falls prey to a trio of lionized frenemies led by the charming but ruthless Regina George. But when Cady devises a plan to end Regina’s reign, she learns the hard way that you can’t cross a Queen Bee without getting stung. New York Magazine cheers, “Mean Girls delivers with immense energy, a wicked sense of humor and joyful inside-jokery.” USA Today says, “We’ll let you in on a little secret, because we’re such good friends: Get your tickets now!”

Roald Dahl’s amazing tale is the golden ticket that is touring the imagi-nation! It’s the perfect recipe for a delectable treat: songs from the original film, including “Pure Imagination,” “The Candy Man” and “I’ve Got a Golden Ticket,” alongside a toe-tapping and ear-tickling new score from the songwriters of Hairspray. Willy Wonka, world famous inventor of the Everlasting Gobstopper, has just made an astonishing announcement. His marvelous—and mysterious—factory is opening its gates…to a lucky few. That includes young Charlie Bucket, whose life definitely needs sweetening. He and four other golden ticket winners will embark on a mesmerizing, life-changing journey through Wonka’s world of pure imagination. Entertainment Weekly says Charlie and the Chocolate Factory is “a big treat ready to satisfy any sweet tooth looking for a golden ticket!” Get ready for Oompa-Loompas, incredible inventions, the great glass elevator, and more, more, more at this everlasting showstopper!

An album that inspired a revolution. A revelation that changed the world. A reinvention for this millennium. Jesus Christ Superstar is an iconic musical phenomenon with a world-wide fan base. In celebration of its 50th anniversary, a new mesmerizing production comes to North America. Originally staged by London’s Regent’s Park Open Air Theatre and helmed by acclaimed director Timothy Sheader (Crazy for You, Into the Woods) and award-winning choreographer Drew McOnie (King Kong, Strictly Ballroom), this production won the 2017 Olivier Award for Best Musical Revival garnering unprecedented reviews and accolades. Appealing to both theater audiences and concert music fans, this production pays tribute to the historic 1971 Billboard Album of the Year while creating a modern, theatrical world that is uniquely fresh and inspiring.

After an incredible record-breaking run on Broadway, Audience Choice Award winner Pretty Woman: The Musical is coming to you! One of Hollywood’s most beloved stories of all time, Pretty Woman: The Musical is brought to life by a powerhouse creative team representing the best of music, Hollywood, and Broadway. Featuring direction and choreography by two-time Tony Award winner Jerry Mitchell (Kinky Boots, Legally Blonde), an original score by Grammy winner Bryan Adams and Jim Vallance (“Summer of ’69,” “Heaven”), and a book by the movie’s legendary director Garry Marshall and screenwriter J.F. Lawton. Pretty Woman: The Musical will lift your spirits and light up your heart. “If you love the movie, you’ll love the musical!” (Buzzfeed). Featured in the musical is Roy Orbison and Bill Dee’s international smash hit song “Oh, Pretty Woman,” which inspired one of the most beloved romantic comedy films of all time. Pretty Woman, the film, was an international smash hit when it was released in 1990. Now, 30 years later, Pretty Woman: The Musical still “dazzles!” (Deadline) and is “big romance and big fun!” (Broadway.com). “Irresistible! A romantic fantasy. A contemporary fairy tale,” says (The Hollywood Reporter). Pretty Woman: The Musical delivers on all the iconic moments that you remember. Get ready to experience this dazzlingly theatrical take on a love story for the ages. Are you ready to fall in love all over again?

A letter that was never meant to be seen, a lie that was never meant to be told, a life he never dreamed he could have. Evan Hansen is about to get the one thing he’s always wanted: a chance to finally fit in. Dear Evan Hansen is the deeply personal and profoundly contemporary musical about life and the way we live it. Dear Evan Hansen has struck a remarkable chord with audiences and critics everywhere, including The Washington Post who says Dear Evan Hansen is “one of the most remarkable shows in musical theatre history.” The New York Times calls it “a gut-punching, breathtaking knockout of a musical.” And “NBC Nightly News” declares the musical “an anthem resonating on Broadway and beyond.” Dear Evan Hansen features a book by Tony Award winner Steven Levenson, a score by Grammy, Tony, and Academy Award winners Benj Pasek and Justin Paul (La La Land, The Greatest Showman), and direction by four-time Tony Award nominee Michael Greif (Rent, Next to Normal).

For more information about the series and the benefits of being a subscriber, click here.