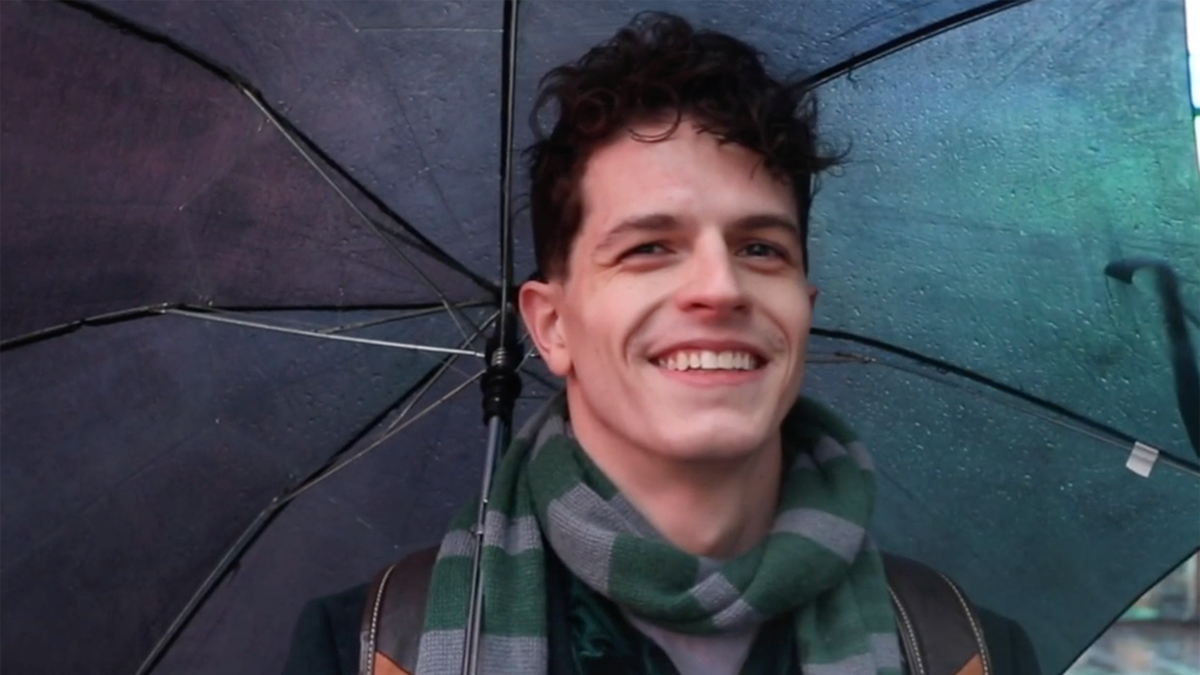 Credits: Brady Dalton Richards is making his Broadway debut playing Scorpius Malfoy in Harry Potter and the Cursed Child over two years after being announced for the role. He now stars in a new condensed version of the Tony-winning play.

“I got my start in theater when in elementary school. The school had never done a musical, and our choir teacher Ms. Nail dreamed up Annie. I was a fourth grader and I played Bundles The Laundry Man and Franklin Delano Roosevelt. But it was my drama teacher in high school, Sally Livingston, who gave me the confidence to wanna pursue theater. Speed and purpose was her mantra, I still sign my emails with it. I haven’t gotten my first tattoo but that would be it.

“I grew up being a Harry Potter fan. My mom made me a Harry Potter bedroom that I lived in for a number of years. The movies would always come out around my birthday, so they would be my birthday party. I had an open call for the audition and it was the longest of shots. It went really, really well. I just felt so good doing this work in this room of people. I got a call from my agent and life changed.”

“I moved back to New York for a Broadway show where Scorpius is the show. Seeing the show and seeing how much it all revolves around that relationship is incredible. It’s an unspeakable joy.”

Watch the interview below, and head here to check your local listings for The Broadway Show. Hosted by Emmy-winning anchor Tamsen Fadal and powered by Broadway.com, it is the only nationally syndicated weekly theater news program.