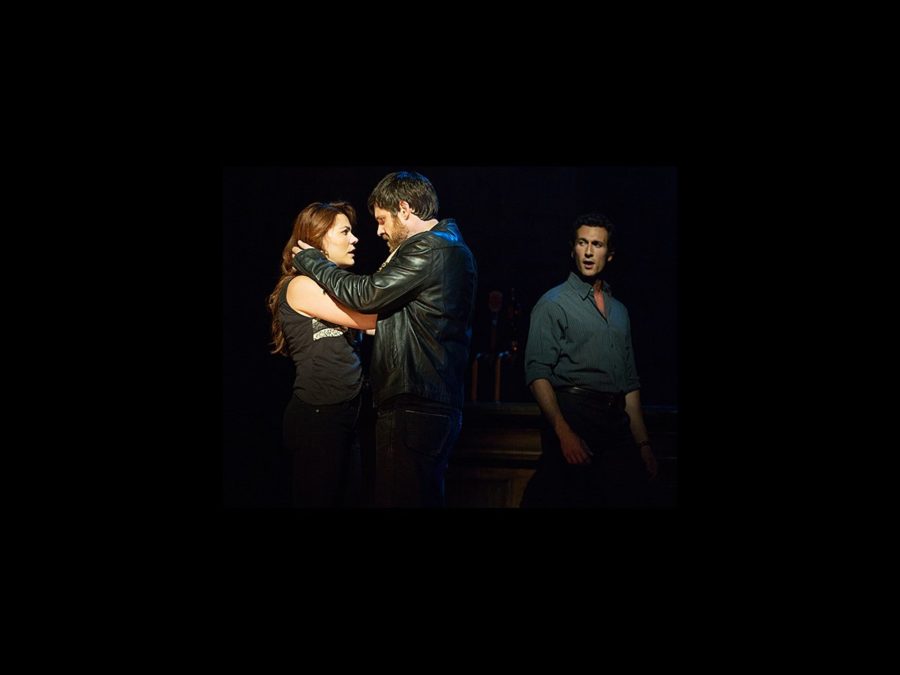 The Last Ship Will Release Cast Album, Including Bonus Track from Sting

The original Broadway cast album for Sting’s The Last Ship will be released on December 16. As previously reported, the album was recorded on November 3. In addition to the musical numbers performed by the cast, the Universal Music Classics-released recording will also include a cover of the ballad “What Say You, Meg,” by the Grammy-winning composer himself. The production, directed by Joe Mantello, is currently running at the Neil Simon Theatre and stars Michael Esper, Rachel Tucker and Aaron Lazar.

Featuring a book by John Logan and Brian Yorkey, The Last Ship is inspired by Sting’s own childhood experiences and his album of the same name. It is set in an English seafaring town that operates around the local shipyard and follows Gideon Fletcher, a man who left home to see the world and returns fourteen years later to find that the future of the shipyard is in danger. The tuner features a score that includes numbers such as “Island of Souls,” “If You Ever See Me Talking to a Sailor,” “We’ve Got Now’t Else” and “When We Dance.”