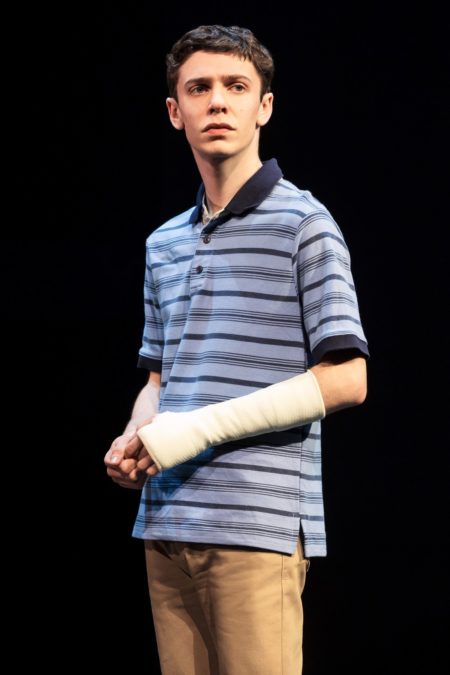 Direct from the Broadway company, Ben Levi Ross will lead the previously announced national tour of Dear Evan Hansen. The touring production of the 2017 Tony Award– and Broadway.com Audience Choice Award-winning musical will launch in October 2018 at the Denver Center for the Performing Arts. The tour will go on to play more than 50 cities, including Los Angeles, San Francisco, Las Vegas, Chicago, Atlanta, Boston and many more as part of the 2018-19 season. Additional casting will be announced at a later date.

Ross made his Broadway debut in Dear Evan Hansen last fall as a cover for Connor, Jared and Evan at the Music Box Theatre. “Ben has the instincts, humor, emotional transparency and vocal chops to perfectly introduce this extraordinary character to so many cities across America,” said director Michael Greif, in a statement. “The creative team and I have been impressed with Ben since first meeting a year ago, and we’ve watched him develop as an understudy in our Broadway company into a great performer and interpreter of this remarkable role.”

The show follows outsider Evan Hansen, who feels invisible to his peers, his crush and his own mother. A letter he writes leads to an incident with a classmate, a series of lies and an entire community movement that catapults Evan into the spotlight. As the momentum builds and stakes rise, he struggles to hold onto his secret without jeopardizing his relationship with the ones he holds close.

To find out when Dear Evan Hansen is headed to your city, click here.