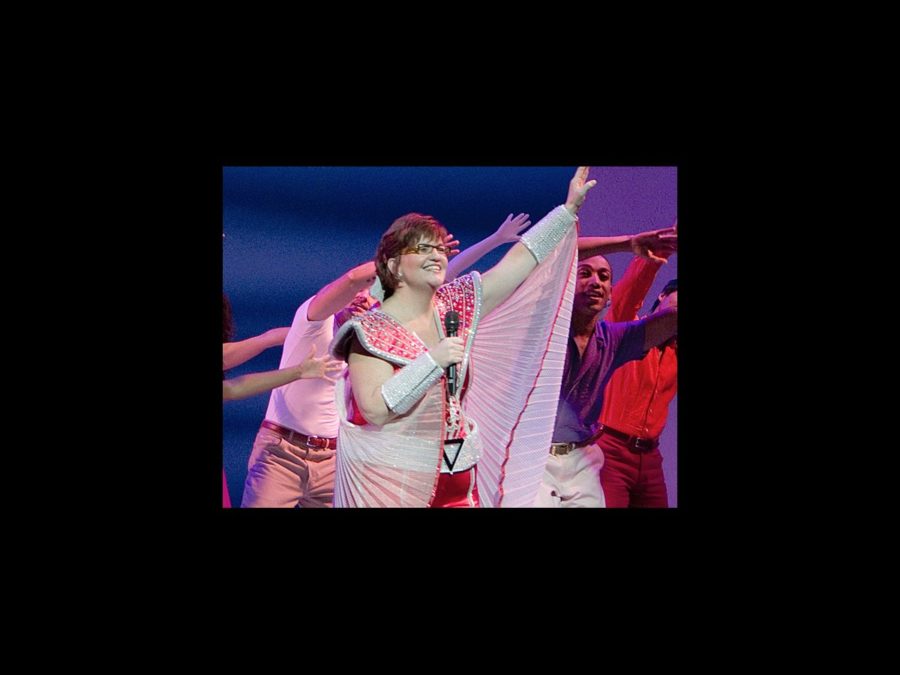 
Boston native Mary Callanan makes her big homecoming when the national tour of Mamma Mia! dances down the aisles of the Boston Opera House from June 19 through June 24. Callanan, who plays the fun-loving Rosie, recently spoke about being transported back to her high school days by the show’s ABBA hits and what it means to play her hometown.

“It’s the music of my high school dances…it’s really good story-telling music,” Callanan told the Patriot Ledger of the score by hit-makers Benny Andersson and Björn Ulvaeus. Mamma Mia! features dance floor favorites like “Dancing Queen,” “Knowing Me, Knowing You” and “The Winner Takes It All.” As Rosie, Callanan even gets to take the spotlight on the hit “Take a Chance On Me.”

As the show's comic relief and support to BFF Donna Sheridan, Callanan feels a kinship with her character. “She’s very close to me, so I enjoy Rosie very much. We have the same sense of humor,” the actress said.

Despite having a blast on each tour stop, the alumnus of Boston Latin High School and Beantown stage veteran is thrilled to return to a hometown stage. “You really have to earn the respect of a New England audience,” she noted. “I like it because they’re smart and they listen.”

Callanan is joined on stage by Kaye Tuckerman as Donna, Chloe Tucker as Sophie, Alison Ewing as Tanya and Christian Whelan as Sam. Mamma Mia! tells the story of a bride-to-be who never met her father. After snooping in her mother's diary, the daughter invites three likely paternal candidates to her wedding, hoping to identify her dad by the time she walks down the aisle. The international hit boasts 22 ABBA tunes.

“It is the never-ending bowl of ice cream,” Callanan said of the show. “You look forward to it, you can do it a million times and I actually think there’s a great message. It’s the power of friendship.”